Preview the Excellent Entertainment Lineup at Paradise Restaurant this Season!

Experience a piece of paradise everyday at the best waterfront restaurant at the Lake of the Ozarks starting April 1st, 2016. Paradise Restaurant and Bar is well known for its great food and tropical drinks as well as first class entertainment. The 2016 entertainment season will be no different with a lineup of live music that will keep you rocking all summer long! The action starts May 7th and here are some of the bands you can look forward to hearing this season:

The Norman Jackson Band has a high energy soulful vibe. Norman Jackson grew up in Detroit and Chicago, singing alongside Ben E. King, Sam Cooke, and P. Funk to name a few. He has a genuine voice and is an absolute prodigy as a guitarist. Rick Shortt plays the saxophone and is the fire of the band. His energy leaves you wanting more. You can groove to the soothing sound of The Norman Jackson Band on May 7th at 7 PM.


Cuz I Said So


Cuz I Said So is a local band that plays a variety of pop, rock, and punk. They cover bands like Poison, Rolling Stones, Goo Goo Dolls, Billy Joel, Bob Seger, Metallica, and much more. They play a perfect mix of 80's, 90's, and 2000's, with a 70's tune thrown in for the heck of it! Cuz I Said So keeps the crowd fired-up the whole night with their blend of popular covers and original songs. You can check them out on May 21st at 7 PM.

Alex Hoffer plays a fusion of blues, funk, rock and Americana. He is from the Chicagoland area and has built a loyal following there as well as the Mid-West. Alex Hoffer is a multi-talented musician playing guitar and harmonica along with vocals. If you want to catch some homegrown music, come by for an afternoon set on May 28th at 12 PM.

The Steven D. Hunt show is truly one-of-a kind. He is a live solo performer and loops acoustic, electric, and bass guitars with drums, percussion, keyboard, harmonica, and more. Along with his dynamic voice, he creates a powerful one-man band. His music has a familiar feel and vibe, and inevitably becomes stuck in your head. You can hear Steven D. Hunt combine his voice and music to create a sound unlike anyone else on June 1st at 7 PM.


Spontaneous Serendipity is a local favorite in the lake area. Drew is a well-traveled musician who has entertained all over the world. He has a love for every genre of music and will keep the crowd coming back for more! Michelle has been involved in numerous choral events, opera scenes, and jazz concerts. With one of the smoothest voices around, Michelle has been a National Anthem singer for the St. Louis Blues hockey team at the Scottrade Center downtown. For an unforgettable time, come listen to the sweet sound of Spontaneous Serendipity on June 3rd at 7 PM.


Paradise Restaurant Has All of Your Favorite Live Music This Season


Come out to the BEST Waterfront Restaurant at Lake of the Ozarks... where EVERY day is just another day in Paradise!
Be sure to follow us on Facebook, Twitter, LinkedIn and Google+ for everything happening at Paradise Tropical Restaurant and Bar!

Posted by Unknown at 8:46 AM No comments:

Welcome Back to Paradise at the Lake of the Ozarks!

Your favorite tropical drinks and mouth-watering entrees are going to be back before you can say "Bird of Paradise"!  The best waterfront restaurant at the Lake of the Ozarks is opening up for the season on April 1st. Paradise Restaurant and Bar features a great lunch and dinner menu and live entertainment in a tropical setting at the Lake. Here are some things you can expect at the #1 restaurant at Lake of the Ozarks this season: 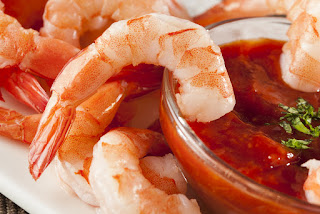 Fantastic food and drink specials are offered daily, so no matter what day you come, we have a deal for you! Start your week off right. On Monday, Long Island Iced Teas are $2 from 9 PM to close. We have a full lunch and dinner menu, prepared with only the freshest ingredients. Try our Taste Teasers. Choose from buffalo wings made three different ways to the Big Kahuna Nachos prepared with a sweet BBQ sauce. We also have a selection of seafood appetizers, such as a shrimp cocktail much more. Our Garden Fresh menu features a blackened chicken salad and a grilled salmon salad. We have a huge selection of burgers and sandwiches, including our popular 'Bird of Paradise', which is a loaded chicken breast with special Paradise seasonings. Dinner entrees include everything from house roasted prime rib to South African lobster tail. There are also plenty of options for the kids and a few specialty desserts to satisfy your sweet tooth! You are sure to find something on the menu to please the whole family.

We have a great lineup of entertainment this season. The live music at the Lake of the Ozarks begins in May and will run through September. See our weekly event schedule:

Find Us By Land or Water

Whether you are traveling by car or boat, we are easy to find! View the directions below and get out to Paradise Restaurant and Bar this season. Great food and drinks, live entertainment and an unforgettable time is waiting for you!

From Osage Beach: Take the toll bridge, and once you are over the bridge, keep going straight on MM until you come to a T in the road. Take a left onto Tropical Trail. In less than a mile you will see a Paradise billboard on your left, then follow the signs to Paradise.

From Highway 5: Take F Road from Sunrise Beach, then take a left onto Tropical Trail. Drive about 2 miles and you will see a Paradise billboard on your right. Follow the signs to Paradise.

By Water: 24 mile marker on the Lake of the Ozarks


Come out to the BEST Waterfront Restaurant at Lake of the Ozarks... where EVERY day is just another day in Paradise!
Be sure to follow us on Facebook, Twitter, LinkedIn and Google+ for everything happening at Paradise Tropical Restaurant and Bar!